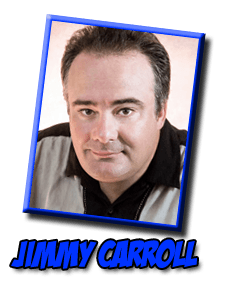 Since that time he has gone on to perform in comedy clubs across the country. These clubs include: Catch a Rising Star, Improv, Laugh Factory, Comedy Store, Funny Bone, and on and on.

Jimmy’s television appearances include A&E’s “Evening at the Improv”, Comedy Central’s “Stand Up and Deliver”, ESPN II< and more.

Entertaining the troops is also on the long list of Jimmy’s agenda. He has performed for troops in Japan, Okinawa, Korea, Guam, The Philippines, and Hawaii.

Jimmy’s clean clever style of comedy keeps him on the road 200 plus days a year performing for millions of people. 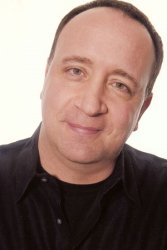 DANIEL WILSON decided to quit college for a career in show business, while he was also building cars on an assembly line! After welding the EXACT same spot on 499,207 cars, he lost his mind, making him a perfect candidate for the world of stand-up comedy.

Dan Wilson is one of those breezy, gentle types that will hit you like a building collapsing. A naturally funny man, Wilson can rip through an inspired set that somehow connects a tremendous amount of his material in a potently funny, sucker punch style that you don’t expect from an innocent smile and an average Joe. Wilson is one of the great “class clowns” in the business. This is good-time, clean, and inoffensive comedy, with a steady flow of laughs. Wilson uncorks some hysterical tomfoolery and is the type of stand-up that reminds you of those summer nights when you were a kid and your best friend got you giddy and made you laugh for so long that it hurt. His quirky style mixes keen observations with outrageous physical humor, all delivered in a genial “I’m-only-trying-to-fix-the-world-before-it’s-too-late” deadpan. Dan Wilson is a mischievous and likable bloke. This light-hearted lunatic is off and running from the second he hits the stage as he is just a fun guy to be around. Dan Wilson would get solid marks in everything from his material to his timing to his on stage persona.

Long a favorite on the college and club circuits, Dan has had a string of television appearances on MTV, A&E, HBO, ESPN and Lifetime. His rubbery face and keen ear for voices earned him status as a recurring sketch performer on HBO’s Hardcore TV. He is one of those acts that would crack up a firehouse as easily as an Elk’s lodge, a bachelor party, a PTA bake sale, a corporate meeting and a little league fundraiser. Dan has appeared at showrooms across the country and continues to headline Comedy Clubs nationwide as well as entertaining many families aboard Royal Caribbean and Celebrity Cruise Lines.